A shepherd-boy, who watched a flock of sheep near a village, brought out the villagers three or four times by crying out, "Wolf! Wolf!"  and when his neighbours came to help him, laughed at them for their pains. The Wolf, however, did truly come at last.  The Shepherd-boy, now really alarmed, shouted in an agony of terror: "Pray, do come and help me; the Wolf is killing the sheep"; but no one paid any heed to his cries, nor rendered any assistance. The Wolf, having no cause of fear, at his leisure lacerated or destroyed the whole flock.

- Aesop: There is no believing a liar, even when he speaks the truth.

My strongest reaction to the latest chapter in the Lance Armstrong saga is sadness. I do not feel sadness or sympathy towards Armstrong as a person, but rather at seeing what can be justified as acceptable sacrifice in the pursuit of success. It is sad to see a man so completely overwhelmed by the need to win that he was willing to sacrifice his personal relationships, his reputation in his sport amongst his peers, his family’s well-being and his enduring legacy. Armstrong being exposed for what he truly is and has been is also saddening from a professional point-of-view. As an advocate and promoter of the power of teamwork and collaboration, the Armstrong saga is a useful case study of some of the dos and don’ts of teamwork and leadership.

Leaders must establish and foster trust above all else. It is the foundation upon which teams are built, and nothing can be achieved without it.

Trust and respect have a hand-in-hand relationship. It is impossible for a team member to have the respect of the rest of the team if not trusted. The only exceptions to this are teams based on force and coercion, which history has proven time and time again are doomed to failure from their inception, in this latest instance by Armstrong.

Steven R. Covey describes trust as “confidence born of two dimensions: character and competence.” Further defined, character is inclusive of integrity, honesty and interpersonal manner. Competence refers to an individual’s ability to effectively perform tasks, based on personal skill sets, and to build a track record of proven performance. Both elements are essential in developing and retaining trust. In the case of Lance Armstrong, the issue is clearly that as an individual he acted with a distinct lack of character, without integrity or honesty, and with an interpersonal manner which has been repeatedly described as “bullying” and “tyrannical’. 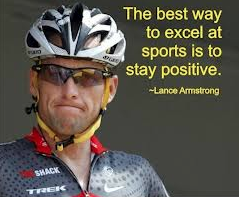 To be accountable, team members must have the integrity to confront reality, and take steps to rectify mistakes.

High performing teams set stretch goals and work towards them in a structured manner, and yet team members will inevitably make mistakes along the way. Team members should never ‘hold it against’ their colleagues if mistakes have been made within a context of genuine effort and honest intentions. The absolute elimination of errors is not a realistic objective of high performing teams, as a balance will always need to be struck between ‘boundary pushing’, innovation, risk and a level of acceptable failure. A crucial element to retaining inter-team trust is that when errors are made, individuals who commit them are willing to acknowledge their mistakes by confronting reality. When the relevant parties take ownership of errors, and a commitment is made to rectify through action, significant steps toward trust being retained are made. Accountability in times of error is a key component of high performing teams.

Lance Armstrong as we now know has consistently lied to those close to him and the world at large, for more than a decade. I am one of the many who believe, that his ‘admissions’ last week during Oprah Winfrey’s interview do not go far enough, and that he is not taking full accountability. In order to truly be accountable he must testify to the International Cycling Union and the U.S. Anti-Doping Agency, as well as apologise to the countless people who he has defamed and cheated over the years. Through sincere dialogue with all these groups, Armstrong will be made to pay the full legal and financial penalties for his errors, but it is the only way he can begin the process of regaining respect.

Integrity or trust, once broken is very hard to ever regain. 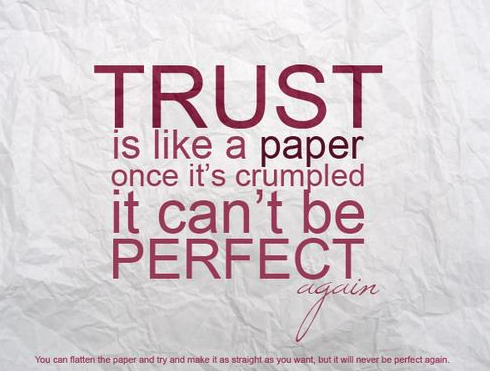 Just as Aesop’s famous fable of the boy who cried wolf teaches us, once an individual has developed a track record of mistrust, the path of return is a long, and sometimes impossible one.

For many people who watched and listened to Lance Armstrong last week, his admissions were not satisfactory. Many more still, as evidenced by this article, simply do not believe that he has told the whole truth yet, and that he is continuing to lie about many serious issues relating to the nature of his doping and allegations of attempting to corrupt officials during his career. Unfortunately for Armstrong, he has now compiled such an overwhelming case against himself to be trusted at his word, that allegations such as those made by his ex-colleague and friend Tyler Hamilton will be given attention and serious consideration by audiences. Disbelief and mistrust will be the dual shadows of Lance Armstrong from now on.