This year Weta, the film company that gained worldwide attention for its production of the Lord Of The Rings trilogy, went "where no man has been before", and yet simultaneously re-entered very familiar territory. 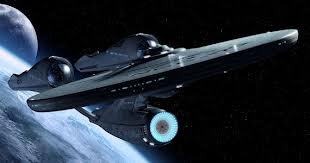 Confusing? For those (like myself) who are not avid science-fiction fans, the above quote refers to the recent Star Trek movie, which Weta was heavily involved in producing. The familiar territory is the international plaudits and awards Weta have once again attracted, this time for their work on Star Trek. Constantly redefining both what can be done and how it can be done within their industry, Weta is a great case study of collaboration and innovation.

The story of Weta is a remarkable one. Formed in Wellington, NZ in 1993 by Peter Jackson, Richard Taylor and Jamie Selkirk it has led a united wave of innovation and collaboration and has re-shaped the landscape of film production.

After attracting further attention for the release of the first movie in the new Hobbit triology, Weta were recently bestowed two awards at the prestigious Academy of Motion Pictures Arts and Sciences Awards, for their work during production of the latest Star Trek film. Esteemed as those awards may be, they will be in fine company in the bulging Weta trophy cabinet, alongside five Oscars and five BAFTAs.

As pioneers in the special-effects industry, Weta have been the creative force behind many Hollywood Blockbusters. With The Lord Of The Rings trilogy as the jewel in the crown, the rest of the 'crown' still makes for an impressive sight: King Kong, X-Men: The Last Stand, Fantastic Four: Rise of the Silver Surfer, District 9 and a collaboration on Avatar all to be found in the chronicles of Weta work.

So what, other than Weta's obvious outstanding technical facilities and abilities, sets them apart as world leaders in their industry? James Cameron, one of Hollywood's biggest directors, and collaborator with Weta in the production of Avatar gives an insight into their uniqueness: "Weta have proven themselves a leader in visionary effects. Along with their world-class capability comes a genuine passion to blaze new trails."

An examination of quotes from two of Weta's founders, Peter Jackson and Richard Taylor (Creative Director of Weta Workshop) shows that many of their underlying principles of success are also principles of Team Alchemy. Below I have selected my 7 favourites:

'The culture of Weta is our locomotion - 16 years have gone past, I've had the pleasure of never having to raise my voice in the workshop, I've never had to beangry to the point that I've lost my cool with anyone.'

"At no time did we consider it an impossibility - but if we brought together a collective of like minded young artisans and technicians and we actually started the journey, taking one step at a time, it was possible."

"What we find in the people around us is that they have one rare quality, which is, the love of making. They want to make things, they just want to have things grow."

"If you couldn't rise to the highest level of enthusiasm, passion and professionalism, and grasp this task as if it was the single most important thing that you have ever taken on in your life, then you weren't worthy of the task."

Since Weta survive and succeed largely on their ability to add value to a series of (primarily) film projects, their business model is one of creating a consistent flow of short-term partnerships with film or documentary production companies. We aim to "create an enigma out of the company that the investors will invest in the uniqueness, in the desire to be aligned with a level of creativity and uniqueness." - Richard Taylor

"After working with Peter for so many years, there is a level of intuitive understanding of what his vision is, what his aesthetic is."

"Never put down ideas but find derivations of those ideas, so how we work it is that I very loosely drive the meeting and then the team can free-flow ideas for a good seven or eight hours if needed. I only prompt the ideas because invariably the group have got better ideas." - Richard Taylor

Weta's influence on the global movie production industry is perhaps best illustrated through James Cameron's decision to buy more than $30 million of property in NZ, in order to be close to the Weta studios in Wellington. Signalling his intention to delve into further creative collaborations with Weta, beginning with his Avatar sequels, Cameron recognises that in order to create symbiotic partnerships with the best in the business, he must be close to them. Nowadays, it seems that the best in the business when it comes to special effects and computer generated movie production is Weta. Through collaboration and innovation they are generating a shift in power away from Hollywood, and boldly going "where no man has been before."