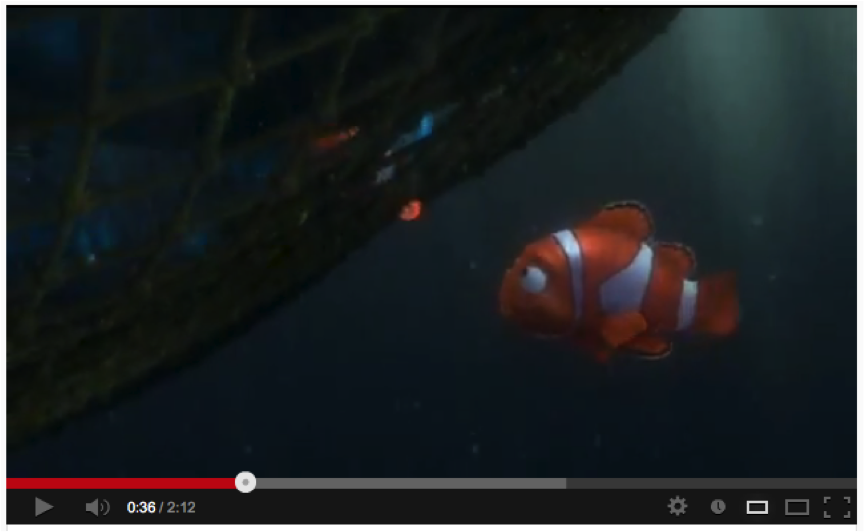 Nemo and his father are demonstrating it in the video above, Pixar (the creators of Finding Nemo) harness it, IBM embraces it, and great airline cockpit crews and medical surgical teams value it highly too.

I am talking about how to incorporate 'star' individuals into a team - one of the great challenges to achieving truly synergistic teamwork.

In last week's post we identified some of the common criticisms of teamwork - one of them being that star individuals will always outperform a team. Today we respond to this argument and discuss contemporary schools of thought, which highlight the importance of being able to integrate 'star' individuals into teams. One way to define synergy is when the performance of the team exceeds the performance of the most talented individual. When done successfully the 'star' and the team as a whole are able to reach performance levels greater than they could hope to achieve individually.

'Star' individuals are team players who don't just leave a gap between themselves and the next best performers in their role; they leave a chasm. As examples, a Harvard Business Review article recently revealed that:

The best developer at Apple is nine times as productive as the average software engineer at other technology companies.

The best blackjack dealer at Caesars Palace in Las Vegas keeps his table playing at least five times as long as the average dealer on the strip.

The most successful attorney to front the U.S Supreme Court has a winning record nine times better than the average record of other winning attorneys.

It is statistics such as these that can lead to the incorrect assumption that star performers should be valued above time consuming consensus oriented teams. Yes - there are many scenarios where great individuals should be left to themselves. However, outside of these parameters when teamwork is called for, truly outstanding results are attained when exceptional individuals are embedded in a highly performing team.

Pixar, and their creation of the movie Toy Story are an excellent example of a team of star individuals leveraging their collective talents. Although it was not always a harmonious union Steve Jobs, Disney's top executives and a collection of Pixar's best artists and animators parked their own egos and agendas in order to create a collaborative success. Several times during the writing and design phases of Toy Story Pixar and Disney had to redefine their direction and confront reality. Major re-writes were made by Jeff Katzenberg (Head of Disney's film division) and Steve Jobs to the overall tone and feel of the movie whenever either of them felt the project was not up the standards they demanded. Ultimately the box-office success of Toy Story owed as much to the willingness of the team's star individuals to give each other trust and respect, as it did to the revolutionary new computer animation techniques it pioneered. The constructive tension generated between Katzenberg, Jobs and the rest of the Pixar team - some of Hollywood and Silicone Valley's brightest individual stars - ultimately provoked creativity which was responsible for a truly innovative and industry changing film.

To the uninitiated Nascar racing is a high-energy display of gifted drivers in some of the world's most powerful cars. Successful drivers become heroes and household names to motor sport enthusiasts the world over. On the surface Nascar appears to be an environment of star individuals battling each other. Slightly deeper probing however, reveals a great example of an all-star team being able to come together and generate a team-first ethos. Kyle Busch, record holder for the most NASCAR Nationwide Series wins in history, is one of the brightest stars on the circuit. However those in the know recognize that his individual success can in large part be attributed to his all-star pit crew team and their commitment to execution. In each position of his six-man crew, Busch has the best in the world at his disposal. They can perform 73 maneuvers including refueling and changing all four tires in 12.12 seconds. (Tellingly, substituting one average team member into the mix almost doubles the pit stop to 23.09 seconds. Substituting two average team members pushes this time out to well over half a minute.) Many might argue that it is unwise to throw together too many alpha personalities. Busch's pit crew ignores this theory and simply value group cohesion higher than anything else. The practical result? The fastest and most efficient pit crew in Nascar. The true result? A team of great individuals operating at the state of Team Alchemy. Although Kyle Busch holds the trophies and wins the titles, on a wider scale his success is a victory for the maxim that all-star individuals can come together to become outstanding teams.

Harvard Business School professor Boris Groysberg has made a fascinating case study of the careers of 1000 star analysts at Wall St investment banks. In his book Chasing Stars Groysberg concludes that star analysts who leave their teams and change firms suffer an immediate and lasting decline in performance. Groysberg offers this as evidence that in most cases organizational culture and effective teamwork represent the essential framework necessary for star individuals to shine.

Modern society loves to worship stars. Exceptional individuals fascinate, educate and entertain us across all facets of our lives on a daily basis. The trail-blazing maverick is truly admired in contemporary culture, and conventional thought says that these mavericks need to operate alone and should not be 'shackled by the constraints' of a team. However, the stories of Pixar, Kyle Busch and Wall St analysts show us that often what appear to be star individuals at first glance are often really representatives of a team of star individuals who have learned to operative together and leverage their collective brilliance.