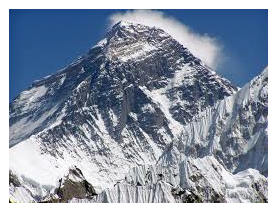 Sixty years ago today Edmund Hillary and Tenzing Norgay scaled the highest peak on the globe, Mt Everest. After doing so, in reporting their success to expedition leader John Hunt, Hillary's first words were characteristically understated:

"We knocked the bastard off"

Nowadays, true pioneering feats of exploration 'firsts' are becoming harder and harder to achieve. The poles have been reached, the highest peaks have been scaled, the largest rivers have been traced to their source, the globe has been circumnavigated by almost every conceivable mode of transport possible, and all four corners of the earth have been mapped and charted.

In 1953 however, it was a different story. Mt Everest stood unconquered and was considered one of the truly great feats of physical endurance and adventure yet to be achieved.

In the 60 years since Hillary and Tenzing first stood atop the world, much recognition and many plaudits and honours came their way. Such is the way with many truly great achievements; accolades are bestowed on individuals who whilst they are fully deserving of them, it must be remembered they are representatives of what was a collective effort of a larger team behind them. This is certainly the case in the story of the 1953 Everest Expedition, a story which deserves celebration and inspection as an excellent example of effective leadership, collaboration and teamwork.

In my last blog post I examined the leadership style of the late Margaret Thatcher, an autocratic and uncompromising woman with a driving ambition to achieve her vision in the face of often-unpopular public opinion. It is interesting to contrast her leadership style against those of the two major players in the Everest Expedition of 1953, which represented a shift in attitude for the (expedition sponsors) Joint Himalayan Committee. The year before the Committee had overseen an expedition to Cho Oyu - the world's sixth highest mountain - also in the Himalayas, as preparation for Everest the following year. Eric Shipton, aka "Mr Everest", led the group.

At the time Eric Shipton was Britain's most celebrated mountaineer. Having led an Everest expedition in 1951 Shipton planned to return in 1953. Cho Oyu was to be an interim mission designed to test men and equipment in preparation for the true examination - Everest. However whilst on Cho Oyu political unrest on the Nepalese/Tibetan border meant a difficult decision had to be made by Shipton as to whether to cross into Tibet or not. His indecision and inclination for democracy and everyone having their say ultimately led to a fractured and frustrated climbing group. During the expedition the group split into several factions, never achieved their goal of scaling Cho Oyu, and returned home separately.

In response, Shipton was replaced as leader of the upcoming Everest expedition by the Joint Himalayan Committee. They realised they must also make a transition towards a new leadership style. A decisive leader was required. The military background of Colonel John Hunt suited perfectly and he was ushered in. It cannot be known whether Shipton's style would have been successful in 1953. Ultimately though, it was his own indecisiveness which cost him the chance to find out. Colonel John Hunt sat on the leadership 'spectrum' between Margaret "Autocratic" Thatcher and Eric "Democratic" Shipton, a mix which proved to be a successful fit for the circumstances and requirements of the expedition.

The 1953 Expedition to Mt Everest was a real exercise of collaboration. The sponsors themselves - The Joint Himalayan Committee, were a collaborative amalgamation of two separate organisations. The Royal Geographic Society and the Alpine Club came together to achieve their mutually shared goal of having a British team of climbers as the first atop Mt Everest.

To gain perspective on the high degree of collaboration required and the large scale nature the trip it is useful to examine some numbers. 15 mountaineers were accompanied by 20 Sherpa guides and 362 porters. Doctors, geologists, statisticians and cameramen were amongst the party - all of whom had their own roles, functions and objectives within the larger group.

The entire operation spanned almost four months; from the time of leaving British soil until Tenzing and Hillary reached the summit. Over 5,000kgs of baggage were distributed amongst the six alpine camps, which had to be built above Base Camp.

setting up the team; ensuring a fast start

When Colonel John Hunt was invited by the Joint Himalayan Committee to lead their expedition it was accompanied by a firm directive that 1953 would be the year he would lead the RGS expedition to success on Everest. Their vision, purpose and goals were clearly defined and communicated to him, and left no room for doubt about what was expected of him and his team. Subsequently Hunt, an advocate of large-scaled and meticulously planned military-styled operations was able to assemble the type of expedition he wanted around him. He had free choice of what he considered the best mountaineers available in the British Empire, and gathered them together to form what would eventually become a highly successful unit.

The lives of the men of the 1953 Everest Expedition were forever changed as a result of their mutual success, none more so than Edmund Hillary and Tenzing Norgay. With the former being knighted, the latter being given the George medal and both being catapulted into instant word-wide fame, their achievements have been immortalized in the annals of history. However, there was no way they could have achieved what they did without the efforts of the several hundred other members of the expedition.

60 years on, the 1953 Everest Expedition is to be respected and celebrated. It remains one of the major feats of human exploration and endurance and even decades later can teach us much as a skilfully designed and executed mix of leadership, vision and collaboration. 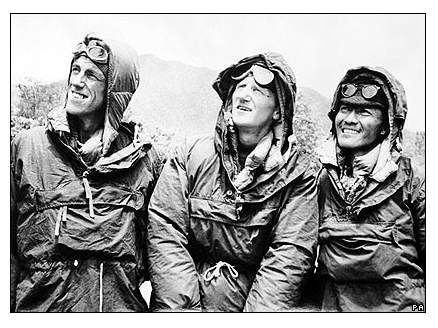