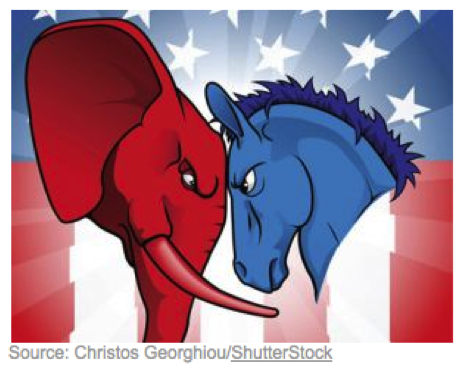 During the recent three-week shutdown of US Congress much of the media vernacular made use of war-like metaphors. Terms such as ‘epic battle’, ‘vanquished’ and ‘retreated’ were used to describe the saga.

While these were largely media euphemisms, I think the majority of people who kept up to date with proceedings saw the shutdown of US Congress for what it really was: not an ‘epic battle’ so much as a complete breakdown in communicative and collaborative channels between the Democrats and the Republicans.

In fact, the only similarity I can see between war and the shutdown of US Congress is the old adage that “in war there are no winners, only losers.”

Lack Of Ability To Collaborate

The major players in the saga – the Democrat and Republican politicians, will have us believe that the key issues within the shutdown were the budget, ‘Obamacare’ and the debt ceiling.

I believe the key issues to be more deep-rooted than that.

The budget and the debt ceiling are merely symptoms of a more serious sickness in US Congress;  the lack of ability between Democrats and Republicans to collaborate.

It is naïve to think that in any political landscape the major parties aren’t locked in competition. The Republicans and Democrats are centuries-old adversaries. What we have seen in recent weeks however is the desire to compete between parties (and even intra-party competition in the case of the Republican Establishment /Tea Party Insurgents) supersede the desire to maintain the reputation and credibility of the US to govern and stimulate a strong economy on the international stage.

The major US political parties have huffed, puffed and bluffed themselves into a position where they have lost sight of a ‘shared vision’ or ‘super-ordinate goal’. The result? For the first time since WWII other countries are looking at China's currency as an alternative default international currency rather than the US dollar. This is a direct response to the perceived instability of the US Government and their lack of a shared vision/ability to collaborate for the greater good.

Collaboration Lesson #1: Have an external orientation 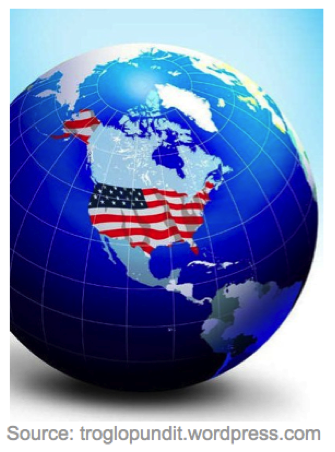 What the world needs now is more certainty from its largest borrower and owner of its reserve currency. Without this, there could be very damaging repercussions for global economic growth.1

If U.S. interest rates go up will European countries, in particular, be short of credit needed to sustain their own economic recovery? How will nations who export heavily to the US react to the possibility of further American economic worry?

The obvious conclusion is to say that US Congress needs to be mindful of its national economy. I believe it needs to look further than that to have a truly external orientation. In holding Congress to ransom in recent weeks, I wonder if the Republicans have been truly aware of the global consequences that could transpire from faltering trust in the ability of the US economy? 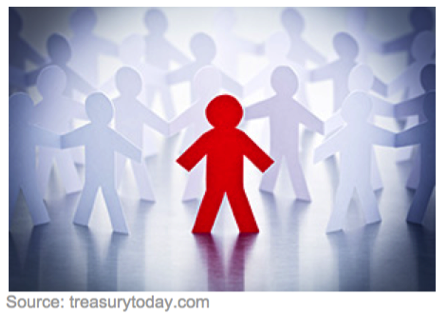 Any organisation must be continually mindful of who their key stakeholders are and how they can collaborate with them in order to define a vision of ‘what shared success looks like’. A Government, especially one as influential as the US, is an incredibly complex organisation with a myriad of important stakeholders. Undeniably, it is a tough exercise to identify the truly key stakeholders in such an environment.

It is evident however, that during the Congressional shutdown both the Democrats and the Republicans could have done much more to nominate ambassadors to effectively communicate and collaborate for the greater good of all key stakeholders while setting aside individual agendas.

American society values leadership very highly, and loves to glorify those they consider strong and influential leaders. True leadership however, requires individuals to be able to influence not only within their own constituents but also across diverse (and competing) stakeholder groups. This transformational and unifying leadership has been noticeably missing for both the Democrats and Republicans (the Tea Party faction included) before, during and since the Congressional shutdown. 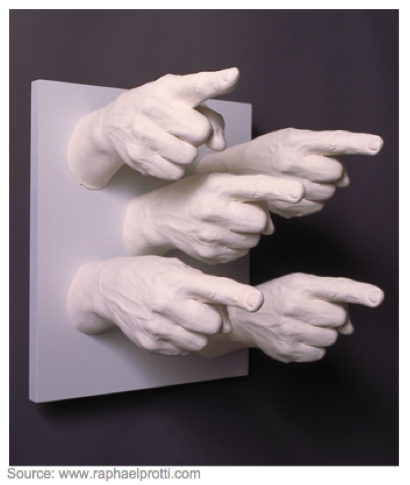 Only hours after signing the deal which brought a halt to the shutdown, Barack Obama was quoted as saying of the Republicans who had “pushed for the shutdown”: “It’s encouraged our enemies, it’s emboldened our competitors, and it’s depressed our friends, who look to us for steady leadership.” 2

This says to me that although a deal has been struck, at best it can only be looked at as a short-term solution between two parties who are still very much intent on finger pointing and blame laying.

True collaboration seeks to effectively use feedback loops to ascertain the thoughts and feelings of key stakeholders, identify common ground where collaboration is possible, and then enables otherwise disparate groups to work towards that all-important ‘super-ordinate goal’.

Without a big picture view of (global) stakeholder perspectives, proactive engagement through visionary leadership and genuine use of feedback loops,  it is unlikely that there will be a change in the basic way the parties engage in the future over the budgetary issues.

This says to me that the likelihood of seeing similar confrontation, conflict and infighting around future US budgetary negotiations is high.