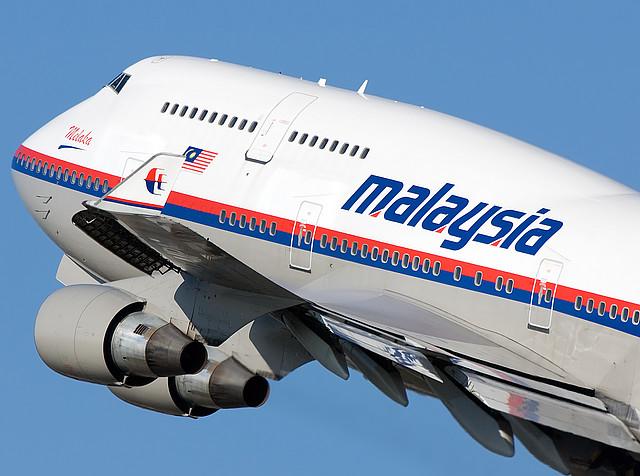 The Malaysia Airlines MH370 saga has more questions than answers.

For over a month now the world has watched and wondered how it is possible to lose an international airliner? The raw emotions of confusion, bewilderment, distress, anguish and pain have been evident to all – broadcast daily by international media.

Slowly the questions have turned to how it is feasible that not only can a Boeing 777 be lost, but that it cannot be found?

Confusion has given way to anger, especially for the families of those lost on the plane.

As ‘search and rescue’ has given way to ‘search and explain’, the ire of the families has fallen on the leadership of the international team tasked with finding the missing plane – a role with shifting responsibility but lacking real accountability

At times over the past month I have often felt lost as I have struggled to absorb the endless theories, opinions and guesses as to what has happened to MH370. I am no expert on flight paths, radar systems, black boxes or background checks, so can’t offer any clues as to what really happened on that plane.

I do however understand a bit about effective collaboration – and what it looks like in its best and worst forms. The international search team is operating closer to the latter.

The game of “you show me yours then I’ll show you mine” being played by the military of many of the 26 nations involved in the search mission has been damaging. The upshot of it is that we now face a very real possibility that we may never find the plane or its passengers.

The mud-slinging and blame-laying between nations involved in the search mission has been unbelievable.

China has criticised the U.S for failing to pass on information, then levelled the same accusation at supposed allies Malaysia1. Malaysia then returned fire by saying misinformation by China “made us distract ourselves from the search and rescue to search areas that had already been searched.”2

Not to be left out of the Southeast Asian squabbles, it has been reported that Thailand did not pass on information to Malaysia that the aircraft had crossed the Malay Peninsula.

The Philippines have also joined the finger pointing game, saying that China chose to send search vessels from much farther afield than was necessary so that they could keep ships closer to home that are applying military pressure on the Philippines.

The reason behind all of this?

Radar systems, surveillance craft on the sea and in the air, military analysts and satellite imagery have all been necessary in the search for the missing aircraft MH370. Those very same systems are also essential cogs in the military defence structures of many of the countries involved.

By being unwilling to divulge information which may inadvertently tip other countries off about the relative strength of their own military, each nation involved in the search is hurting the chances of bringing closure to the 239 families coupled to the fate of the missing plane.

True collaboration involves a leap of faith. It requires those involved to commit unreservedly to the overarching, super-ordinate goal. In a successful collaborative relationship partners are open and honest with one another and trust that the other party is competent, committed and reliable.

For evidence of a successful rescue mission that required complex international collaboration we needn’t cast our memories back too far at all. Faced with extreme pressure from the global media, the team which saved “Los 33” – the 33 Chilean miners trapped underground for 69 days in 2010 was a perfect example of how complementary skills from contributing nations can come together to succeed in a time of need.

The plan to rescue the miners included the deployment of three large, international drilling rig teams, nearly every Chilean government ministry, the expertise of the NASA space agency and more than a dozen multi-national corporations from nearly every continent; the rescue was truly a global effort.3

Of course hope remains, and so the search continues for an explanation for mysterious disappearance of MH370.  One cannot help but wonder though that with strong, unifying leadership, real commitment, and open, trust based collaboration perhaps a more successful outcome may have been achieved days or weeks ago.