Since his death late last year, much has written about the life and work of Steve Jobs, co-founder and inspirational leader of Apple. His life story is one of outstanding creative leadership and business achievement, while most documentary comment also recognises that he had some very strong leadership flaws, notably a pugnacious, challenging, and aggressive nature. However, despite these strong autocratic tendencies, Jobs fostered a very strong culture of collaboration at Apple

I believe one of the best examples of collaboration in action at Apple is the development and launch of the iPod, in the early years of the 21st century. Before I summarise that tale however, as a follow up to last week’s post, it makes sense to ask the question “what is collaboration”?

Effective cross business unit or inter-company collaboration delivers outcomes that individual parties could not produce from their own endeavours. Added business value is created by parties working toward a shared vision, common goals, and being unified in their commitment to achieve something together that they could not do on their own. Collaboration then has an external focus; it crosses organisational boundaries and differs from traditional teamwork that typically focuses on outputs produced within a team, business unit, or department. 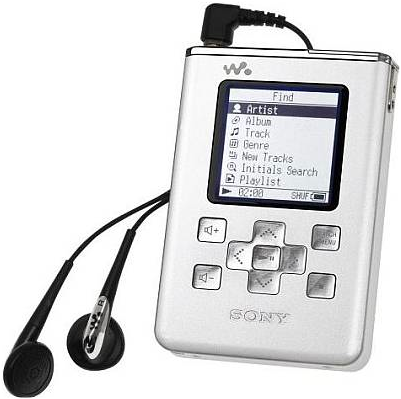 In early 2003, Sony gave itself nine months to design, construct and release a response to Apple’s iPod that had debuted in October 2001 and was taking the digital music market by storm. Sony was ideally placed to capitalise on their previous dominant market position as they had credibility through their Walkman and Discman personal players. They had all the elements for success – a computing division (VAIO), Sony Music, and a healthy set of financials, with money to invest in the development of a new product. In 2001 Sony was 10 times the size of Apple with a $62 billion turnover compared to Apple’s 6.2 billion in annual sales. In 2000-2001 Apple was seen to be wallowing, viewed by many as a company beginning its death throws.

How then did Apple pick itself up and usurp Sony as the leader in personal music industry and reclaim leadership in the PC market?

A telling difference between the approaches of Apple and Sony was that a strong collaborative environment aided Apple, whereas Sony was hamstrung by a business model and culture of internal independence and competition between business units.

Steve Jobs, saw the potential for the PC becoming the digital hub to coordinate a number of devices, including personal music players. He issued a clear vision to his development team for a music player and his driving force was, as ever, simplicity. The iPod must be “able to fit 1000 songs in your pocket, and intuitive enough to use that my grandmother could operate it”.

Jobs believed strongly that Apple’s great advantage was integration. He insisted that both internal departments and external partners worked together simultaneously and in parallel rather than sequentially passing the product from engineering to design to manufacturing to marketing to distribution. He commonly used phrases like “deep collaboration” and “concurrent engineering” to describe the way teams should work together.

Jeff Robbin himself describes the process that emerged on the iPod:

“It was just an incredible team project.

It was a pretty amazing experience.”

While the team at Apple were working collaboratively, in a shared space, developing prototypes together, Sony was a case study of polar opposites. Sony had founded previous successes on inter-departmental competition and reliance on individual displays of genius and innovation. Undoubtedly the talent existed within the company, however the required collaboration between five Sony divisions, spread between America and Japan proved an insurmountable obstacle for the technology giant.

Each Sony division worked on prototypes separately. For example, no agreement emerged on the hardware to be utilised, which resulted in the American divisions choosing to utilise hard disks, and the Japanese pushing forward with the soon to be obsolete mini-disc. The US Sony groups promoted MP3 formats, whereas their ‘competition’ in Sony Japan elected to use a standard called ATRAC.

The whole procedure at Sony was symptomatic of the Wall Street Reporter’s diagnosis of the technology corporation:

"Sony has long thrived on a hyper-competitive culture, where engineers were encouraged to outdo each other, not work together".

The end result for Sony was a release of the Connect that took until 2004, three years after Jobs’ unveiling. The Connect was crucified by reviewers and consumers alike, for it’s complexity and design limitations and lived a short lifespan until it was put out of its own misery in August 2007.

A large part of the success of the Apple iPod and the catastrophic failure of the Sony Connect links closely to the companies’ contrasting cultures of cross business collaboration and competition.

A decade later in late 2011 at the time of Steve Jobs death, Apple still not only dominated the MP3 market but had also enjoyed a sustained period of market leadership. They achieved this position by connecting creativity with technology through the collaborative  use of the talents of the people in Apple, and it’s partners, to launch the iPod as the device which led to the PC becoming our personal digital hub for a multitude of digital devices and systems.